TL;DR – Today I explore the beauty of the Moreton Bay coast, a short drive from the Brisbane CBD

As a child, one of the things you would do on a weekend was make the trek down to the Wynnum foreshore and run along the Esplanade, play in the pools, and eat fish and chips as you swat away the circling seagulls. This is something that I haven’t done in years so when a group of friends suggested going down there for dinner I decided to go a bit early to explore the place, now almost a lost memory for me. Now of course life tends toward chaos, so on this day gone is the usual Brisbane sunshine, as the rain clouds came running up the coastline. However, clouds aside this was still a wonderful, if not a slightly damp time.

There be clouds approaching

So when I arrived it became clear that it was umbrella weather at the very least. However, even here there is always a beauty in how the clouds billow and blow across the sea.

The Moreton Bay coast is beautiful place to walk down

One of the things I was surprised about was just how clear the water was. When I was growing up the Moreton Bay was a very unhealthy water system being the main outflow for the Brisbane River, but today I had a moment of hope that the ecosystem might be starting to recover. 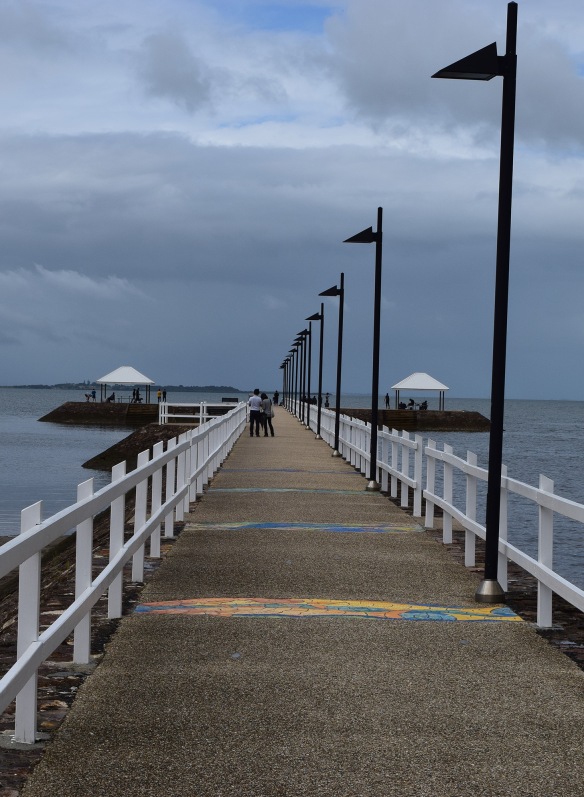 One of the calling cards of Wynnum is the Jetty that strikes out into the Bay. It is a choice location for people looking to cast out a fishing line or two, or to watch the boats make their way across the Bay. 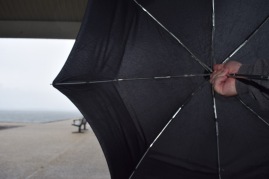 Umbrella I choose you

Now it was of course here where I was not paying attention and got caught in a quite large rain shower half way down the jetty. One mad dash to the shelters at the end I joined the umbrella wall trying to stop the horizontal rain coming in. It only lasted for a minute or two but it was enough to leave more than a few people drenched. 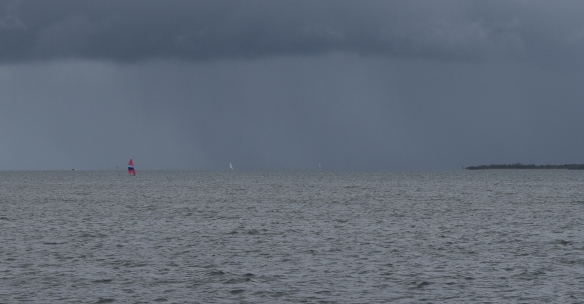 There are braver people in the world than me

Brisbane is a coastal city and like all coastal cities, the port is the lifeblood, bringing in items from overseas and then sending out Australia’s vast mineral wealth out to the globe. From the jetty, you can just make out the large cranes on Fisherman Island as they move around the port. 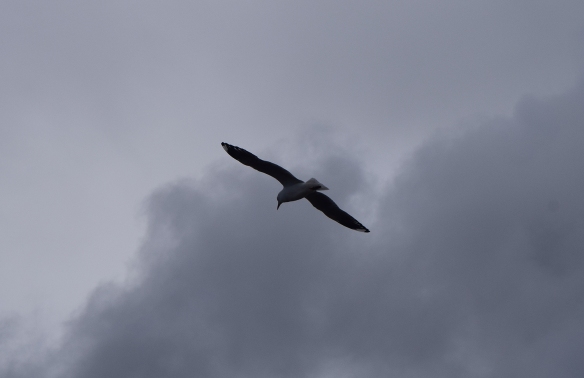 Now it would not be the coastline of Australia without a multitude of seagulls circling around looking for an unguarded chip, or an unsuspecting bait fish. They are able to use the winds to hover around the jetty with very little energy wasted making them experts in their niche.

I can see clearly now the rain is gone

Finally, a little glimpse of blue sky breaks across the horizon bringing a moment of vibrancy to the day. In this moment of calm, the Jetty bustles with people throwing in a line during the gap in the weather, but another rain band is on its way. 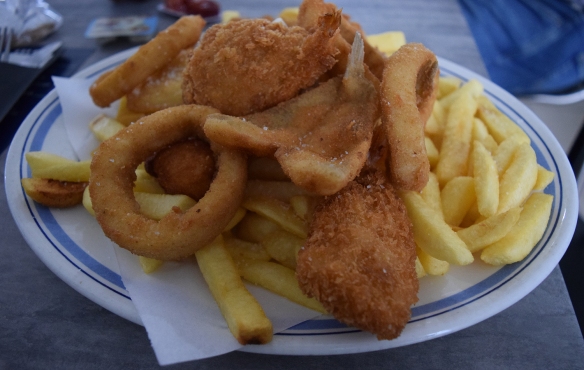 One should always have fish and chips when on the coast

After a sometime walking along the coastline, there is only one thing that you should do and that is sit down and enjoy some beautiful fish and chips. My stop was at Finn’s Fish House #NotASponsor which was recommended by some friends and was a fantastic recommendation.

In the end, it might have been a bit wet, and more than a little overcast, but the Wynnum waterfront is still as beautiful as ever, and hey a wet autumn afternoon is better than many summer days in some places so I can’t really complain.
By Brian MacNamara: You can follow Brian on Twitter Here, when he’s not chatting about Movies and TV, he’ll be talking about International Relations, or the Solar System.

Have you visited Wynnum?, let us know what you thought in the comments below, feel free to share this review on any of the social medias and you can follow us Here. Check out all our past reviews and articles Here, and have a happy day.

Credits – All images are by the Author