TL;DR – Season Two has some moments of great introspection, and deals with some interesting themes like contrasting motherhood, but ultimately it feels like we’ve been here before.

Motherhood, it is a concept that is woefully analysed in cinema, and yes you can easily point to numerous roles in film and TV where characters are mothers. However, very few really analysis the role, the ramifications, the drives in a really in-depth way. I open on this because if you could distil Season Two of Jessica Jones into one theme it would be the role of mothers and the legacy they leave. So today we are going to break down Season Two of Jessica Jones, looking at the things that did work and the things that didn’t.

So to set the scene, at the end of Season One of Jessica Jones, Jessica (Krysten Ritter) did something she has never done before, she killed someone. She walked up to Kilgrave (David Tennant) pretended to be controlled by him and then snapped his neck in twain. This reverberated both through Jessica’s life and those of her friends. At the start of Season Two, Jessica is still not really talking to Jeri Hogarth (Carrie-Anne Moss) who decides to bring her back into the fold by sending Pryce Cheng (Terry Chen) after her … it does not end well. Malcolm (Eka Darville) is working for Jessica, though she fires him nearly every day, and that might come in handy because she has a new super in the building Oscar (J.R. Ramirez) and things don’t start on the right foot. Meanwhile, Trish (Rachael Taylor) has started trying to get deeper into the mysterious organisation that gave Jessica her powers, and sets off a chain reaction that impacts everyone. From here we’ll dive into the depths of the season, and with that in mind, there will be [SPOILERS] ahead for those who have not watched all of Season Two.

Right at the start, the first thing I did want to mention is one of the best things about the season, and that is that it was directed entirely by women. Right from the start, this puts the nail in the coffin that there are not enough good female directors out there for people to hire. It was a lazy excuse and Jessica Jones showed how lazy it really is. As well as this, it was interesting to see how different spins on classic framing can be achieved when it is not the same person doing it each time.

At the heart of it, where Jessica Jones Season Two excels is in the many important themes, and character moments that it is dissecting. The first one of these themes is trust, how it can be obtained, abused, and the tragic consequences. This is, of course, captured best in Jeri’s arc across the season where a tragic ALS diagnosis leads her on a path of hope only to be cruelly dashed. Her diagnosis was the catalyst her partners at the law firm needed to move against her and force her out. This makes her seek out Jessica and after a number of events a homeless former nurse Inez Green (Leah Gibson that once worked for IGH the people that gave Jessica her powers came) to stay at her apartment. Jeri is hoping to manipulate Inez into giving up secrets that she could use to find a cure for her ALS. However, as it soon becomes clear it is Jeri herself who is the one being manipulated into getting Inez’s partner Shane (Eden Marryshow) out of jail. Shane was apparently someone with powers, the power to heal, but it was all a fraud culminating in Jeri’s apartment being cleared out. Of course, this is Jeri so after hitting the lowest moment in her life, she discovered that revenge is a dish best served cold. There is also the theme of wanting to be powerful which goes to the heart of Trish’s story throughout the season. All throughout her life, Trish has been a pawn for other people, sometimes literally and sometimes just in her mind. Her mother made her feel powerless when she abused her to forward her career, drugs placed her in precarious positions making addiction a real issue, boyfriends have turned into monsters, and all the while she had a sister who had literal powers. This all leads to a dangerous turn when Trish becomes addicted to the need to first uncover and deal with IGH, but then becomes obsessed with becoming powerful herself, culminating in her ‘saving’ Jessica. 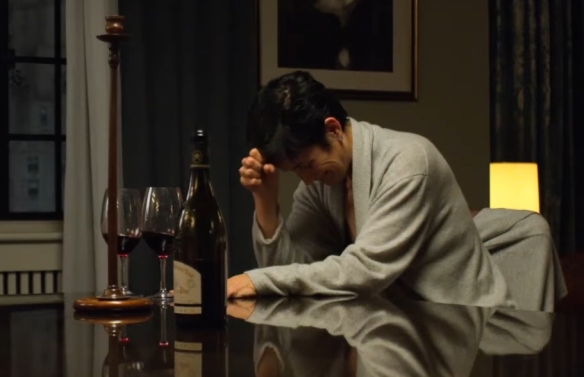 Finally, one of the themes throughout the season is that of motherhood, and the role that plays. So we have Dorothy Walker (Rebecca De Mornay), Trish’s mother and Jessica’s adopted mother, who only adopted Jessica to help Trish’s celebrity grow. She is manipulative, deceitful, and in Trish’s own words once pimped her out as a 15-year-old to a film director to get her a lead role. She is someone who abuses motherhood for their own gain, and the long-term impact on Trish, and also Jessica, has devastating consequences. On the other side of the equation, we have Alisa Jones (Janet McTeer) who was absent for most of Jessica’s life, with everyone believing that she was killed in the car accident with the rest of her family. She is deeply protective of her life and the things she loves, up to and including killing people to keep her world safe. She manipulates Jessica in much the same way as Dorothy, but it is due to the unstable nature of her mind brought on by the procedure that saved her. In the end, she is able to use Jessica as a way to calm her rages, and slowly came to realise the negative role she was having in her daughter’s life, all tragically too late. Add to this, looking at consent, power, and the damage killing someone can do to your mind, Season Two of Jessica Jones really packs a punch.

However, while there are a lot of interesting themes that the season is looking at, there are also some big structural issues at play that limits the impact of the season as a whole. The first major issue is the lack of a compelling villain when compared to Season One. In this season there were a lot of interesting elements but none of them had the same emotional punch as Kilgrave, which was exasperated in the episode that Kilgrave returns to remind us as to how good he was. As well as this, I was struck with how similar Season Two of Jessica Jones reminded me of Season Two of Daredevil (see review). Both seasons put their lead character on a trajectory to alienate everyone around them, leaving them alone at the end, for Matt it was Electra, and for Jessica it was Alisa. I just couldn’t help feeling like I’ve been here before and that can’t help but limit things.

While more subdued this season, there still are those set piece action moments for those who like them

So in the end, do we recommend Season Two of Jessica Jones? Yes, yes we do. It does have some issues, but that doesn’t detract from Krysten Ritter’s powerful performance and the important issues and themes that it wants to raise. Though interestingly is Turk (Rob Morgan) the new Claire Temple of Phase Two?

Have you seen Jessica Jones yet ?, let us know what you thought in the comments below, feel free to share this review on any of the social medias and you can follow us Here. Check out all our past reviews and articles Here, and have a happy day.