TL;DR – Season Three blasts forward at the speed of light blowing through what might have been a full season in a single episode

One of the things that you have to get used to when you watch The Good Place, is how quickly everything moves. Sometimes the show completely changed up its entire structure in a single click of the fingers. It also means that it does not waste any time whatsoever, and sets up premises that a usual sitcom would play out over a bunch of episodes or a whole season, and then resolve it in 20 minutes.

So to set the scene, in last week’s episode Everything is Bonzer! (see review) the Philosophy Gang of Eleanor (Kristen Bell), Chidi (William Jackson Harper), Tahani (Jameela Jamil), and Jason (Manny Jacinto) all came together down under to be a part of Chidi and Simone’s (Kirby Howell-Baptiste) experiment on near-death experiences. The only problem is that they got pushed together with some illegal help from Michael (Ted Danson), and The Bad Place found out so they sent in Trevor (Adam Scott) to mess with the gang. In today’s episode, he does just that and effortlessly dismantles the group, but are their bonds stronger than an outside force, and will The Judge (Maya Rudolph) find out what’s going on. Well let’s find out, also from this point onwards, there will be [SPOILERS]. 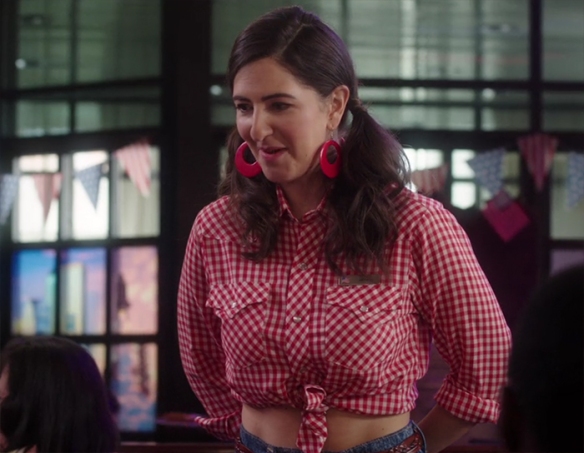 Janet without her powers creates in interesting conundrum, in what might be the worst restaurant in existence. Image Credit: NBC/Netflix

As I mentioned last week, this is the first season that I have watched week by week rather than bingeing them all at once. When you binge all the episodes all at once, the fact that the show rushes forward at the speed of light does not really impact the series because you can put the next episode on right away but does that hold up when you go week by week. Well today was my first taste of that, as last week’s episode started with the cliffhanger of Trevor returning but by the end of this episode not only is Trevor gone, everything has changed yet again, and blast does it work.

In the past, I have championed the cast but today I want to focus on some of the supporting players. It is amazing how great Adam Scott is with just a look, switching from overly-friendly human to demon and then back again in moments. As well as this, Maya Rudolph is one of those actors that makes everything better by just being there, and her casting as The Judge was an inspired choice. Of course, there is also Mike O’Malley as the Doorman who is just a delight every time he is on screen, and I don’t even mind how bad Kirby Howell-Baptiste’s Australian accent is because I think that is part of the design but also she is a joy in every scene she is in. 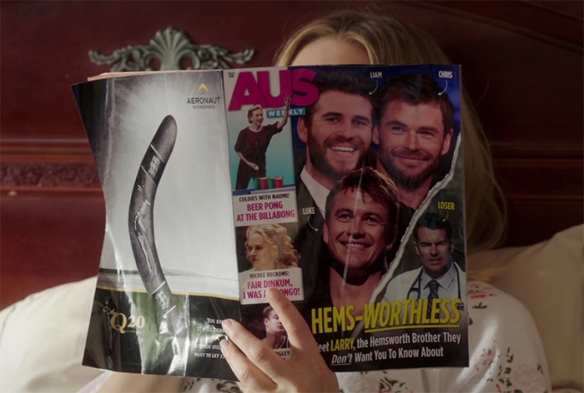 Okay, well you might not be able to do an Australian accent, you you absolutely nailed trashy Australian gossip magazines. Image Credit: NBC/Netflix

What is going to be interesting with this episode is what it sets up for the rest of the season because now Michael and Janet (D’Arcy Carden) are stuck on Earth with no powers, and have upset The Judge that at this point anything that happens is final. There are no more second chances, which means that every action now has more weight, and since we know that all of our lead cast have gotten into situations where they died in comically easy ways well then everything will become a nail-biter. Also, I love some of the little things through the episode, like how Jason gives Trevor the nickname Megatron, like deep down he knows he was a devil. Or like how all the weird things that had happened in the world like The Greatest Showman (see review) doing well at the box office was down to the ripple effects of all Michael’s changes.

In the end, do we recommend The Brainy Bunch? Yes, yes we do. Season Three is going from strength to strength in the first two episodes, and while I don’t know if they can sustain it for the full season, I am very much enjoying it so far.

Have you seen Season Three of The Good Place yet?, let us know what you thought in the comments below, feel free to share this review on any of the social medias and you can follow us Here. Check out all our past reviews and articles Here, and have a happy day.