TL;DR – In an interesting turn of events, this is an episode with probably the biggest reveal so far in the series but it also feels like the weakest so far.

Review –
Well, this is an interesting episode, to say the least, in many respects, it drove the narrative forward in leaps and bounds, something I have been hoping for after the last three episodes just felt like moving people into place. However, while it was great to finally get a look at the Delos’ endgame, somehow I left today’s episode feeling more than a little lacklustre. So in today’s review I will try and reconcile those opposing forces, and as always we will be looking at the episode as a whole so there will be [SPOILERS] ahead.

So to set the scene, today’s episode does not really follow on from the cliffhanger set up last week in Virtù e Fortuna (see review). Indeed this week we don’t get any progression on either of the two main story trusts this season of Maeve (Thandie Newton) and Dolores’ (Evan Rachel Wood) rebellion. This week it is all about Bernard (Jeffrey Wright) and the Man in Black (Ed Harris)/William (Jimmi Simpson) and how they fit into the larger narrative of the season. So when we left Bernard last episode he was captured by Dolores so he could help fix Peter Abernathy (Louis Herthum). Well, this week after that (I think) we open with him being dragged by Clementine (Angela Sarafyan) to a cave where he finds Elsie (Shannon Woodward) tied up. We last saw Elsie last season being attacked by an unknown assailant (later discovered to be Bernard under the control of Robert (Anthony Hopkins)) and up until now, she was presumed dead unless you happen to write reviews in which case you wondered why her name was still in the cast list. They discover another of Delos’ secret labs, and we also find out that Bernard has been so badly damaged that his history is un-indexed so he is floating among his memories. With the Man in Black, we jump between his present as he continuing on with Lawrence (Clifton Collins Jr.) trying to get to the heart of the secret that Delos is doing with the park, and also into his past as we see him interviewing his father-in-law James Delos (Peter Mullan) over and over again. 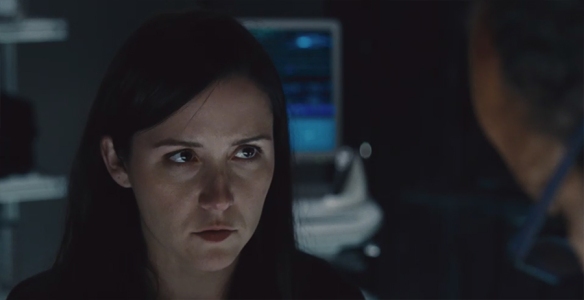 So good to see Shannon Woodward back in Westworld Image Credit: HBO

Now we could dance around the issue, but let’s jump to the heart of the big reveal, and with that, this is your last [SPOILER] warning. So it has been hinted all the way back in Journey into Night (see review) that Delos had more plans for the park than just creating a place where people could let their inhibitions out. Now I was expecting that this meant that they were secretly recording guest as a way of having blackmail material for the future. However, this episode presents a different potential goal. Indeed, we find out that the plan is to recreate people in host bodies, potentially meaning people never have to die, and the test case is James Delos. However, there is a big issue in that all the tests lead to a cognitive plateau and the host destabilise. It looks like sometime during Season One the Man in Black visited James and decided that maybe people should not live forever, it will be interesting to see if he still believes that now after everything.

One of the highlights for me this episode was the return of Elsie, who was one of the standouts from Season One. She is an immediate presence in the episode, but also a warning because she is not with Bernard when he washes ashore two weeks later, and they are going to the Mesa, and she is thus not with Charlotte (Tessa Thompson) which we have also already seen. Also, at an undetermined time in the past Bernard went down and killed everyone in the lab, but then that was in the very recent past because the bodies had not decomposed, but then how long was Elsie in that cave. Because it looks like that is where she was put as she was captured but then clearly people have been to the lab in the meantime. All of this is not helped by Bernard being an unreliable narrator, as he is slipping between his many memories. 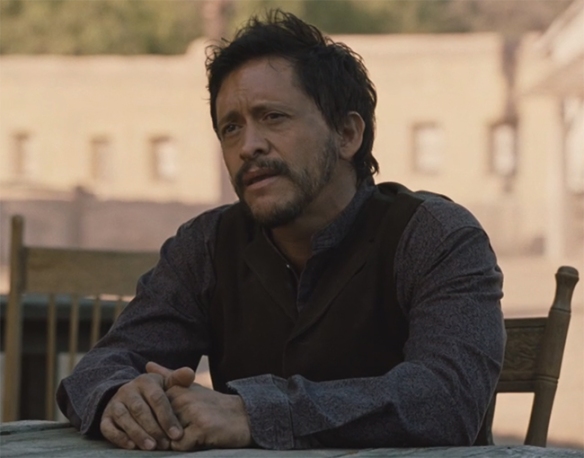 Clifton Collins Jr. should get more credit for the amazing acting work that he does Image Credit: HBO

The one direct continuation from last week is the story of Grace (Katja Herbers) who fought her way out of The Raj, took out a Bengal Tiger only to get captured by Westworld’s Indigenous American tribe. This week she meets up with Ashley Stubbs (Luke Hemsworth) the chief of security who was also captured by them at the end of Season One. Unlike the rest of the hosts the Indigenous Americans seem to be capturing humans, and killing hosts, and while Grace escapes thinking the worst they actually let everyone go free, though we saw that this will cost them later. This comes full circle at the end of the episode when we find out that Grace is the Man in Black’s daughter, the one who blames him for the death of her mother.

So why does this episode not work as well as the others so far this season, well from a start Virtù e Fortuna promised a big shift at the end of the episode, but this week we are back to the same old, same old. As well as this, beyond the big reveal, last season that we were looking at two different timelines, the Man in Black character is probably, at least for me, the least interesting one in Westworld so taking the time to try to humanise him feels like a waste of time. All of this really undercuts for me the big reveal of the episode of Delos’ potential end game, and what they are protecting so much. Also while the time jumps for Bernard are clearly a way to link back to that feeling in Season One where you don’t know what is happening and that you can’t trust the narrative that you are being given. Instead, it makes what is already a quite convoluted show and makes it more difficult than it needed to be. 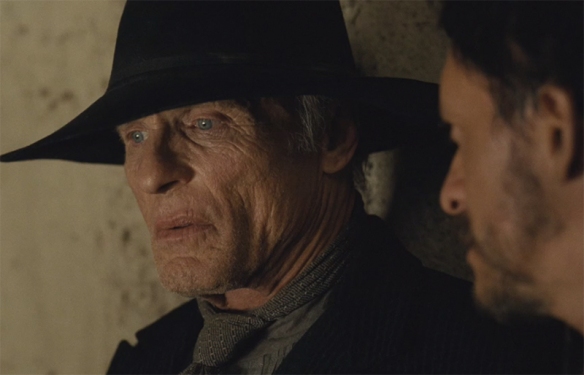 In the end, while I did have issues with The Riddle of the Sphinx, it is telling at the quality of the season so far, that even an episode that is not as strong as the rest is still a really good episode. What I do hope is that next week we finally go into the place that has been teased all season.

3 thoughts on “TV Review – Westworld: The Riddle of the Sphinx”