TL;DR – A better film than the original, but some of the old flaws are still there, and with some new ones to boot.

End Credit Scene – There is no end credit scene

Disclosure – I paid for the Binge subscription that viewed this series.

When the first Justice League came out, there were whispers of its difficult production but no hints about what went on behind the scenes. Looking back on my review of the first film, I don’t think I was as harsh with the film’s final cut as many other people were. However, that may have just been the feeling of inevitability as to where the DC Expanded Universe was heading. Since then, rumours of the Snyder Cut have permeated popular culture, creating a less than ideal back and forth between the different sides. Well, today, we get to see that original vision of the director come to pass, with the official cut being released on home media.

So to set the scene, we open in on Batman V Superman’s closing moment, as Superman (Henry Cavill) sacrifices himself to stop the threat. In those last moments, he screams out in pain, a scream that spins across the world. When it interacts with each of the Mother Boxes, they ripple and flex. The box in Themyscira cracks under the call. As the Amazons watch, a force descends down from the heavens as Steppenwolf (Ciarán Hinds) arrives and carves through the waiting defenders. While Queen Hippolyta (Connie Nielsen) tries valiantly to get the Mother Box to safety, she is overtaken by Steppenwolf, and the box is lost. There are two boxes left and a world that does not know that it is already being invaded. So the Amazons send a message to the one person on the outside who will help them, and Diana (Gal Gadot) sees the warning for what it is.

Given the nature of this film, it is an interesting exercise into how to cover the same movie twice. Well, not the same film, per se, but different versions of the same film. A film that comes in six parts (Don’t Count on it, Batman; The Age of Heroes; Beloved Mother, Beloved Son; Change Machine; All the King’s Horses & Something Darker). To do this, we will split the review into parts. The first will look at what the cut improves with the film, and then we will look at what aspects of the film still do not work, and then which are worsened in this version. I should mention that I am watching this version through a streaming service here in Australia that I found to be quite unreliable, so some of my critiques may be just the bad presentation on my end. As well as this, I didn’t rewatch the first film before this one. Given this was clocking into almost four hours, I reasonably felt that adding to that would not improve my enjoyment of the film. 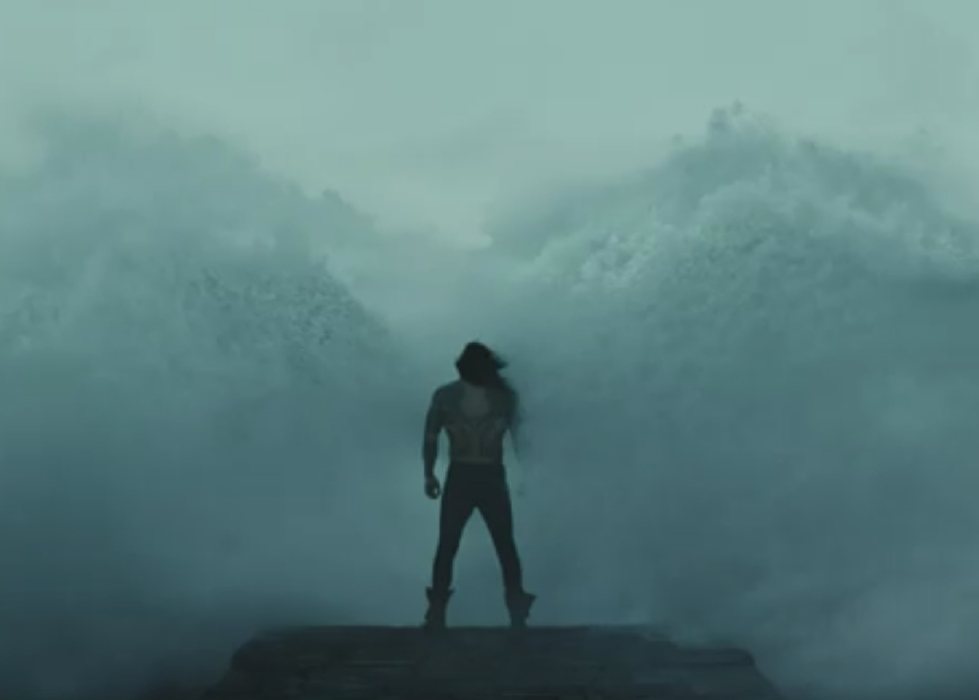 When people sit down to watch this film, I think many will find it surprising that bar some significant moments the start and end, not a lot has been changed in the bones of the movie. Indeed, I think people will find a lot of what they assumed was JW was in there from the start. However, those bookend changes make this a better thematic exercise. Where we see this the most is in the character of Cyborg (Ray Fisher). Here not only did they actually give him something to do in the film, but they also gave him a thematic arc that both the character and the film was sorely missing. The increased character depth and more in the Epilogue provides the movie with the connective tissue it was missing. This is such a good addition, and I would almost recommend it just for that, almost. Then there are these moments that still cut above the rest, even in a four-hour-long movie. One such was when Martha (Diane Lane) and Lois (Amy Adams) have an honest talk about where they are in their lives. Getting to watch two great actors go for it is always a delight to watch. Then there are the visual effects, that when they work are stunning, and when they don’t, there is that feeling that they sort of get a pass given it was done during the pandemic.

One area that I am a bit mixed on is the new musical score. There are moments when the film goes full guitar riff, which, combined with the orchestra, makes for some engaging musical moments. However, a lot of the choral work felt like a missed opportunity, and the film likes to add these needle drops at the start that feel out of place more often than not. Another significant change is that this is now an American R-rated film regarding all the blood splatter on show. When people get limbs chopped off with an axe, it is realistic, as it would be messy in reality rather than the clinical nothingness you saw in, say, Wonder Woman. Where this is most on show is in the waters of Atlantis when chopping someone in half leaves quite a trail. However, all this change does is juxtapose those moments when like an animated show from the 1990s, people survive when they really shouldn’t. A film of two halves wherein one, people get chopped and crunched and the other where everyone is miraculously saved.

While we have looked at what worked and what was more mixed, it is now time to explore everything that didn’t. The first being, did this need to be an almost four-hour film? And the short answer is no, no, it didn’t. There is a lot of bloat in this film that just felt like extra padding that didn’t need to be there. For example, a whole plotline about a plane ‘wanting to fly’ only for it to crash in the first instance. While it was good to see many of the characters get some more rounded background, one area where this does not work is with The Flash (Ezra Miller). Here they were going for that adorable-dork feeling with his character, but it felt creepier than anything else, and this flows throughout the film from that point.

Then there is, of course, the aspect ratio changes, which I am sorry I have a hard time believing that this was always going to be the plan. It is here that we see some of Snyder’s frustrating choices as a filmmaker. When you decide to present a film in an aspect ratio different from the norm, you should be making a stylistic statement—an excellent example of this absurdity that is The Lighthouse. However, here there is no statement. It is a stylistic choice for the sake of style alone, making the change meaningless. Even at the end of the film, it still didn’t feel like it was working, and it had almost four hours to grow on me. Talking of the ending, it is such an anti-climatic waste of time.

In the end, do we recommend Zach Snyder’s Justice League? Well, to be clear about one thing, we don’t recommend watching it all in one sitting. There is an excellent thematic break at about 2 hours and 16 minutes when Part 5: All the King’s Horses starts. That is a good moment to eat dinner or something. That being said, I think if you found the first film frustrating, there will be aspects of this that will make you happy and some that may frustrate you even more. I think this is a better film on the balance of things, but I am not sold that it is a great film, unfortunately.

Have you watched Justice League?, let us know what you thought in the comments below, feel free to share this review on any of the social medias and you can follow us Here. Check out all our past reviews and articles Here, and have a happy day.